Stanley Arts exists to provide a home to the brightest and best of South London’s artistic community; giving them a place to work, create, and dream. Across our multiple spaces, both physical and virtual, we seek to provide a platform for the widest range of resident artists and organisations. The Stanley Family includes choirs, orchestras, dance & theatre companies, studio residents and our co-working desk hirers. In these challenging times the Stanley Family is a key source of Stanley Arts' resilience and strength.
Studio Space Enquiry Co-working Spaces

BirdGang Dance Company was founded in 2005 and is led by a team of four Artistic Directors; Ivan Blackstock, Simeon Qsyea, Kendra J Horsburg and Ukweli Roach. BirdGang are recognised for their unique style of hip hop dance theatre that challenges stereotypes and explores the political and social contexts of modern society. In June 2015 BirdGang were announced as the first dance company to be made Associate Company at The Young Vic.

During their residency, BirdGang developed the themes and theatrical story-telling devices in Ivan Blackstock’s A Harlem Dream (2014). The company worked on the dramaturgy and direction with Dance Umbrella & The Young Vic to develop the non-verbal story-telling language.

Since 2019 Birdgang have been resident artists at Stanley Arts bringing their combination of dance, film making, and movement architecture to a range of new projects currently in development – including a new piece for Stanley Arts’ upcoming Freedom of Movement Festival. 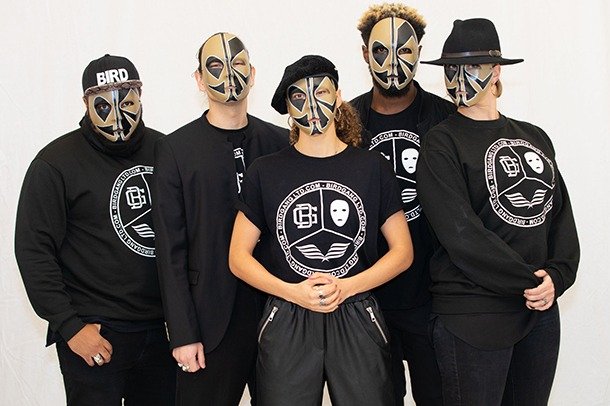 The International Kiki House of Tea

The International Kiki House of Tea

The International Kiki House of Tea is a key part of the London ballroom scene. Ballroom culture was born out of the queer & trans communities of colour of Harlem, New York. It grew to prominence in the 1980s as an all-encompassing, underground, LGBTQI+ movement powered by beats, performance and community.

Ballroom is more than just vogue; though that is its most famous contribution to wider popular culture. It started as a outlet for people living on a knife edge, providing them with the opportunity to become part of a family, a house, and giving them a safe space to express their truest selves. Decades later, and now found across the world, ballroom still provides a welcoming, celebratory space for queer people of all backgrounds to come and express themselves.

Led by Father Jay Jay “Earl Grey” Tea with the support of Overseer Elijah Tea, Prince Valentin Tea and Princess Magenta Tea, the House of Tea is one of the best loved houses on the London ‘kiki’ scene – the scene where Ballroom goes to let its hair down. 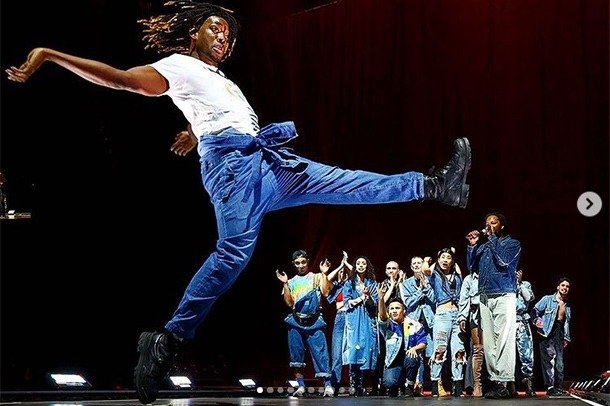 Good Wolf use drama and theatre to support people to learn, express themselves, be a community, be creative, and experience joy.

Most recently they have been delivering online community projects, creating audio plays, and supporting young people to be connected and enjoy drama. They also provide external evaluation to arts and youth organisations. 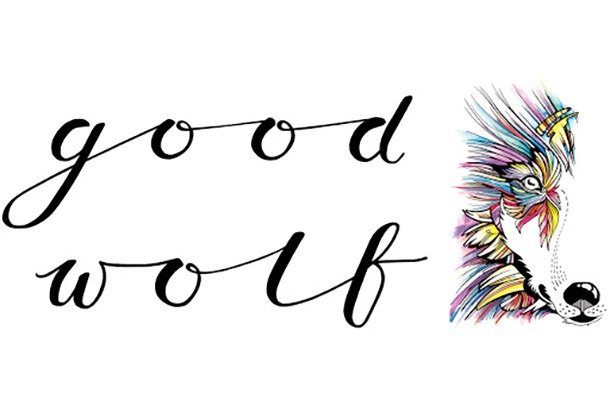 Zoo Co is an award-winning theatre company creating powerful, playful productions which have performed to audiences across the UK and around the world.

​All of their performance are ‘relaxed performances’ so everyone gets to feel comfortable and welcome. They strongly believe in the power of engagement and that everyone should be able to participate. Theatre is better when everybody is invited. 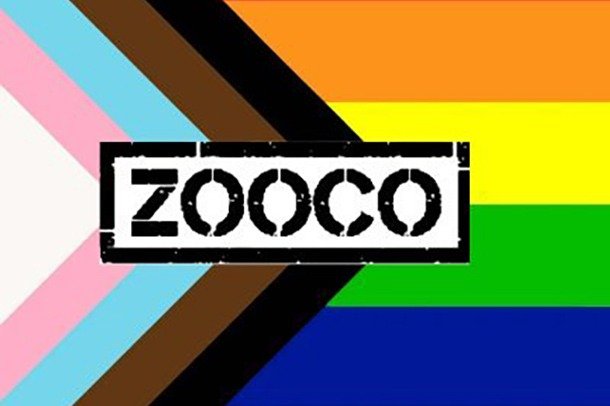 The core values at Cherrystars are Communication, Creativity, Confidence Building and Community. They have taken great pride over the last decade, to have provided a safe, nurturing and affirming place in the local community for young children to unleash their creativity and develop a love of the arts. 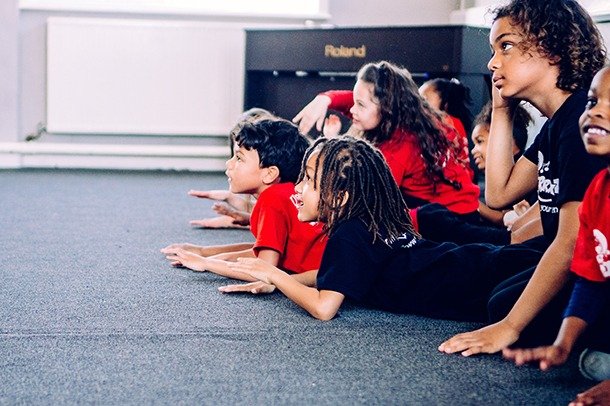 Croydon Brass was originally formed as the Croydon Temperance Silver Band in 1911. The band is a friendly, diverse and enthusiastic group of players based at Stanley Arts in South Norwood. They perform at a variety of events in and around Croydon, as well as further afield.

The band’s Musical Director Paula Goodwin is also currently the associate conductor of the All Saints Concert Band. 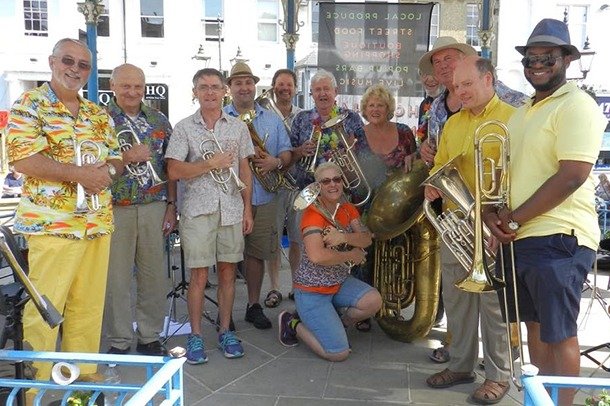 Choir on the Hill

Choir on the Hill

The Choir on the Hill is a women’s community choir based at the Stanley Arts, South Norwood that welcomes female singers of all abilities. The choir is a led by Christopher Braime, a choir master and conductor who is also Musical Director of the London Gay Symphony Orchestra, the Putney Choral Society, and the Southampton Youth Orchestra; as well as being Musical Director of the Symphonic Wind Orchestra of North London.

The choir sings accessible and popular music in a fun and informal setting – part choir rehearsal and part workshop – exploring the music & talking about technique and how to be a better singer.

No previous singing experience is necessary and you don’t have to read music.  Just come, sing and eat cake in a fun and supportive atmosphere. 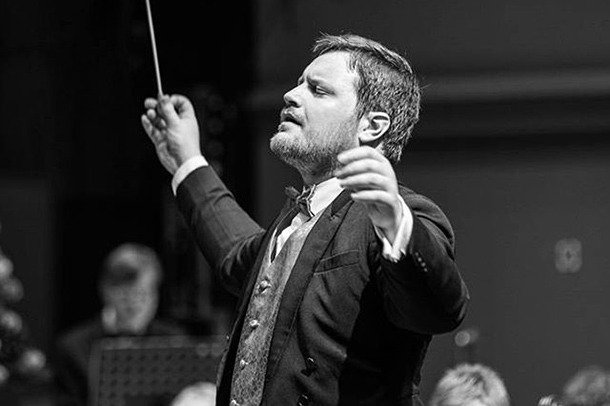 Infinity use their specialist technical knowledge and understanding of the arts to help clients make the most of their events, productions and the spaces they use to create them. They offer dedicated project managers, high end lighting, sound, video and staging equipment, supported hires, sales and installs, regular maintenance and safety inspections and dedicate venue support packages. Since mid 2019 they have worked with Stanley Arts on a rolling programme of technical improvements across the Stanley Arts site. 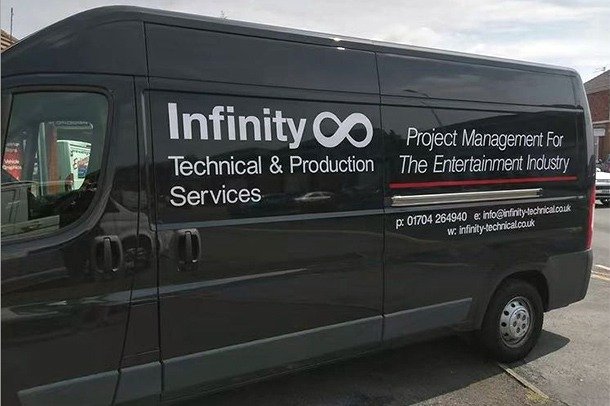 The Sewcial Circle is a crafty gang for people who love to make stuff.

Katie Farrell, who runs the Sewcial Circle, is all about finding new, sustainable, colourful and fun craft supplies to inspire your next craft project, and making craft approachable, fun and simple!

In the whirlwind of everyday life, crafting has often been Katie’s haven for inspiration and calm and she is excited that it can be for you too. Discover your next crafty project with one of their craft kits (for both adults and children), their range of sustainable craft supplies or join to learn a new skill at one of their online workshops or courses. 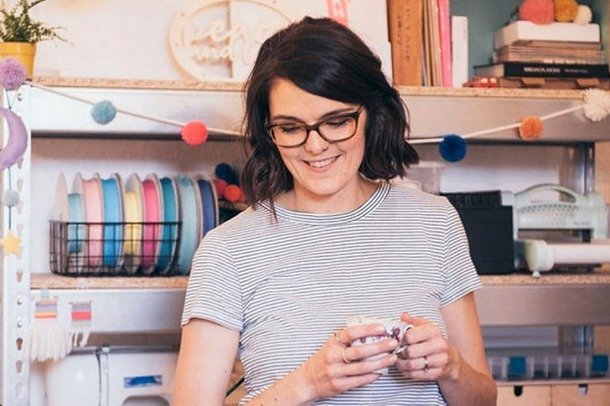 Acclaimed artist Clare Haward‘s work appears in galleries around the country and in many private collections. She regularly exhibits in national shows and competitions.

Her quixotic approach to painting confounded the presenters on the recent Sky Landscape Artist of the year for which she was selected. Her approach is rigorous and sensual, sensitive to colour and composition, edge and tone. Clare is acutely aesthetic with an exquisite colour sense and best of all she’s a fine communicator. 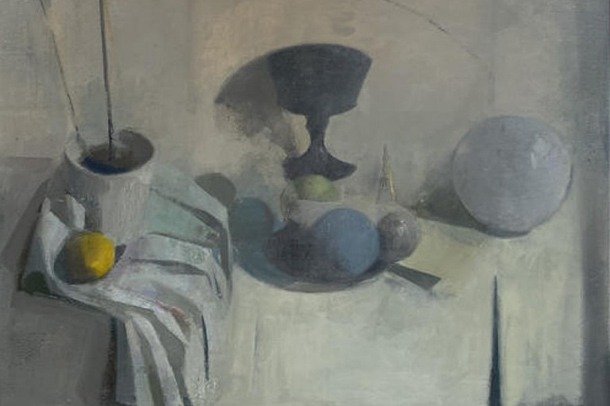 Gareth Brookes is a graphic novelist, printmaker and embroiderer who studied at the RCA. He uses unusual materials such as crayons, textiles and pressed flowers to make his graphic novels which include The Dancing Plague (2021, SelfMadeHero) A Thousand Coloured Castles (2017, Myriad Editions) and The Black Project (2013, Myriad Editions).

In 2018 the French edition of The Black Project was nominated in the Sélection Officielle at the Festival de la Bande Dessinée in Angoulême.

His work has appeared in exhibitions including Comics Unmasked at the British Library, the Storytelling Cities project in Seoul, South Korea, and two solo shows in London at the 155a Gallery and the WAR Gallery.

He is currently studying for a PhD at UAL. 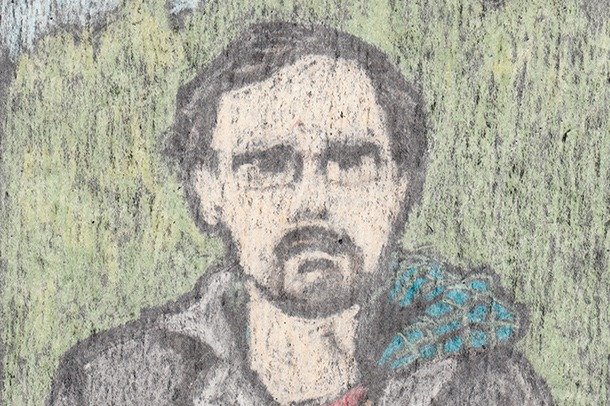 James Sandalls is a personal trainer with a studio for 1-on-1 training at Stanley Arts. He also offers training via zoom, socially distanced training in local parks, fitness bootcamps and nutritional guidance. You can call James on 07807 084 141 to book a session. 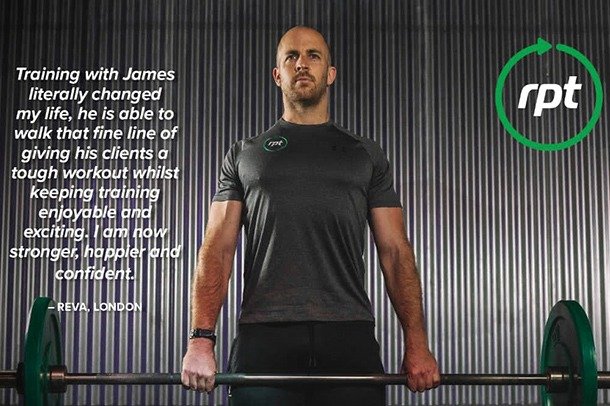 Rosie specialises in the conservation and restoration of decorative surfaces (historic buildings) and furniture. She splits her time between working on site in some of the country’s most prestigious buildings and her workshop here at Stanley Arts, where she continues to carry out repairs on a diverse range of objects from polychrome sculpture to antique furniture.

Recently Rosie has been using some of her spare time to start the restoration of some of the tiles surfaces in the main Stanley Hall. Her work is slowly exposing the original grandeur of the space hidden behind layers of thick oil-based paint. 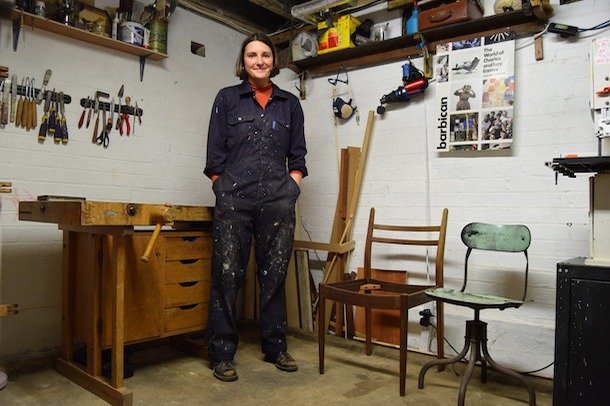 3 Restorers are a boutique workshop offering a furniture restoration & repair service to London and surrounding areas.

Whether you’re looking to revive an inherited chair with sentimental value, conserve a cherished antique chest of drawers, refurbish that (almost) perfect, mid century table you’ve just won on eBay or you simply wish to repair rather than replace in order to be environmentally responsible – they can help. 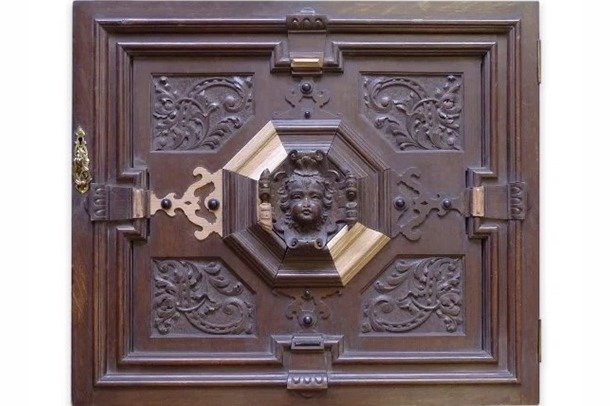 O:AD is an architectural practice that was formed with the purpose of enhancing people’s experience of buildings and public spaces. They believe that the individual comes first and set about forming bespoke briefs from inception.

With a wealth of design and delivery experience they are able to conceptualise ideas and deliver an architectural solution that marries design, space and material.

As a young practice they are flexible and responsive to their clients and strive to deliver a product that excites. Will Stewart from O:AD is based in our co-working space. 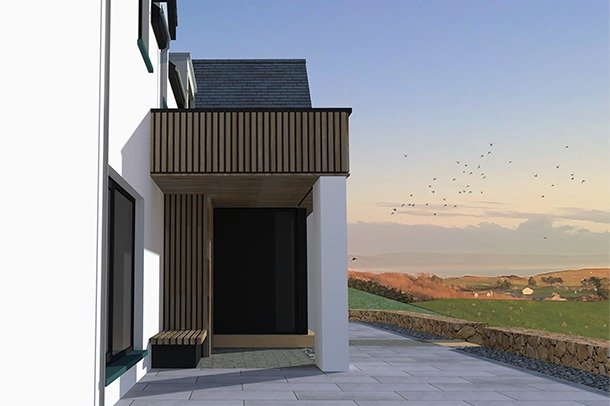 For Life Thailand is a UK based charity which works closely with the Thai diaspora in the UK to raise funds for good causes in Thailand. The charity’s vision is for a Thailand where all children with disabilities can be raised at home with their families and are supported with equal opportunities within an inclusive society.

They aim to create lasting change and support their partner charity, Christian Care Foundation for Children with Disabilities (CCD), to help them transform the lives of hundreds of children and their families. 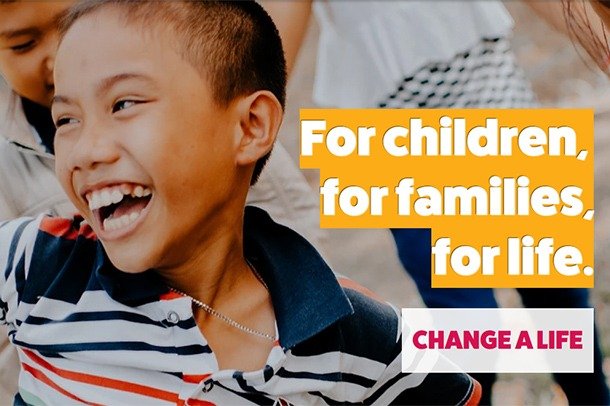 The art of living your truth is to be open to transformation. Giving yourself permission to experience alternative ways of healing your mind body and soul. As a Reiki Master, Theta Healer, Sound Healer, Spiritual Coach and International Speaker it is Tiik’s divine mission to utilise combination therapy to assist beautiful souls in achieving optimal health. 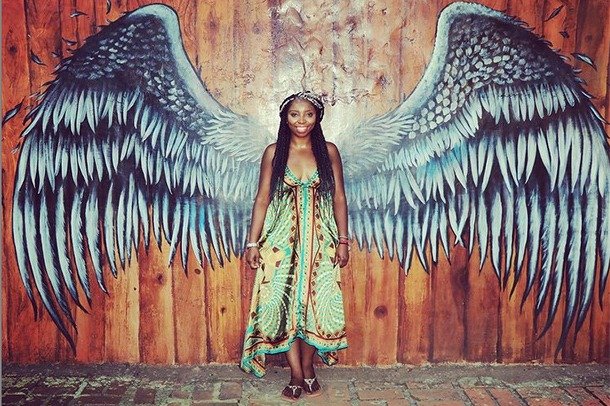 Oliver is a Scenic Carpenter working in the west end, television and film. He has worked on some of the biggest live television shows and films; from Britain’s Got Talent & the BAFTAS to Star Wars.

Oliver Studied at the BRIT School and has a deep passion for theatre and live music. He has recently started producing live music shows aimed at putting a spotlight on young musicians and songwriters providing a stage for them to express their music.

In his spare time Oliver enjoys working at Stanley Arts and offers practical and technical support in building improvements and the delivery of our performance schedule. 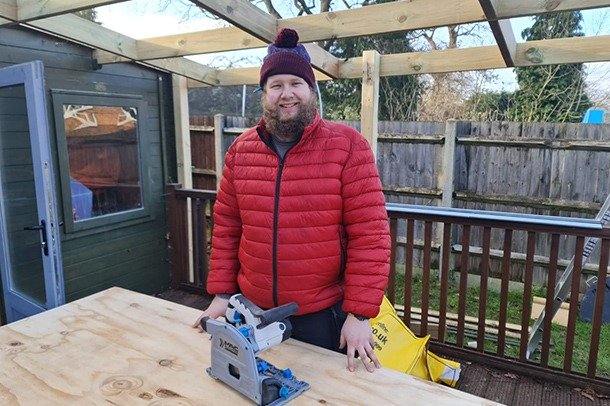