Poets are the Destroyers

Zoopraxis Films and Spoonbill & Sugartown Booksellers present “POETS ARE THE DESTROYERS” Meets London, a Sunday summer event featuring local artists from the realms of film, fine arts, and music from the independent arts scene of London.

The event includes an art display by Jonny Kemp, DJ set by ZUU of JV/ZUU, drinks, a pre-screening of upcoming feature film “POETS ARE THE DESTROYERS”, and a talk back with NYC-based director Nancy Pop, writer JC Hopkins, co-star and EP Jonas Kyle, and London-based lead actor Shepsi Haider. The talkback will be MC-ed by local film critic Ben Breathwick.

A time capsule film about culture, sex, poetry, and Brooklyn, Poets Are The Destroyers follows a group of millennial beatniks as they navigate life and their creative struggles. Set against the heat of Summer 2018, the story centers on Zuzu as she battles with her artistic goals amidst an unexpected pregnancy. She receives little support from her roommate Lucia, who preoccupies herself with her midwestern love interest, Emily. A series of events and encounters with inspirational femme figures serve as a catalyst in deciding whether or not Zuzu will terminate her pregnancy and how she decides to proceed as an artist.

Zoopraxis Films is a Brooklyn-based production house specializing in art house films on indie budgets.
Spoonbill & Sugartown Booksellers is a bookstore based in Brooklyn specializing in sourcing and selling vintage books for over 20 years.

Nancy Pop is a Romanian-American actress and filmmaker by way of Pennsylvania and Arkansas, now based in NYC. She curated the monthly “In Cold Read” series at Spoonbill Books for nearly two years, cultivating a space for writers and actors to practice their craft in a collaborative setting. She edited the short documentary “Big Al’s Flying Films” which won 2nd place in the Lacie Collective Me&My contest. Currently she is participating in the #1221FilmChallenge, where she makes one short film every month this year. Poets Are The Destroyers is her directorial debut. Her latest short film “Buffalo & Wolfy” is an official selection at the LGBTQ Unbordered International Film Festival. Past articles: “An Inside Look At A Night of Cold Readings” – Blended Mag

JC Hopkins is a writer living in Brooklyn. He has had numerous volumes of poetry published and his jazz noir novel, The Perfect Fourth, was published by Noir Nation to wide acclaim. He is the screenwriter for the soon to be released feature film, Poets Are the Destroyers. He is also a Grammy nominated songwriter, producer and leader of the infamous JC Hopkins Biggish Band. Excerpts from Poets Are The Destroyers were used in the music video for hit single “One of Those Days” by JC Hopkins Biggish Band: https://www.youtube.com/watch?v=V3oFdQuwfsY Other articles about him: All About Jazz Writers Life Mag

Jonas Kyle was born in New York City in 1963. In his mid to late twenties he made tent sculptures in California in collaboration with his then partner, Astrid Lüth. Just before the end of the millennium he became co-founder of the bookstore, Spoonbill & Sugartown Books. In 2018, PCP Press published his book of poems, Missiles to the Millennials. In 2019 he co-wrote a play, Bro-Tox, which ran a series of shows at La MaMa in New York City. Articles about him: The Brooklyn Rail Brownstoner

Daniel Card is a Brooklyn-based editor. He is a graduate in Psychology at Lawrence University in Appleton, Wisconsin. Currently he works at VICE as a Short Form Editor for VICE News.

Synead – lead actress of the film

Synead is a Brooklyn born singer/songwriter, actress, and activist. She attended Fiorello H. Laguardia High School of the performing arts and is also known for co-organizing the Millions March in New York City. She attended university at Marymount Manhattan College and received her art training from Harlem School of the Arts, Alvin Ailey, William Esper Acting Studio, and The Royal Academy Of Dramatic Arts in London. Articles about her: Teen Vogue

Shepsi Haider is an Actor and Filmmaker from London. He trained at the New York Film Academy from 2017-2019 and is known for films such as Inner City Rats and Finding Your True Self. He is known for several other short and feature length films in London and New York. 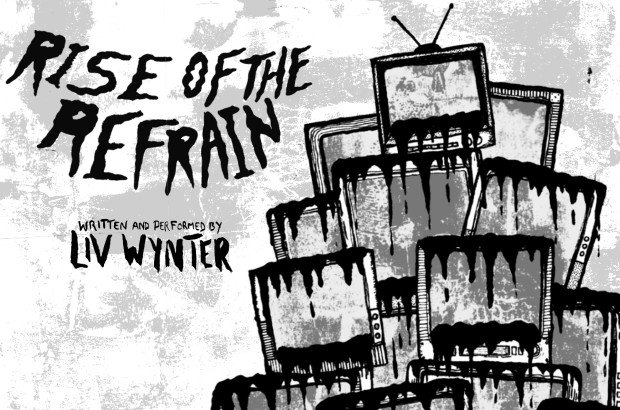