Following the success of Stanley Arts’ live-streamed Freedom of Movement Festival in February, we are back with a double bill of dance featuring incredible, local talent from Dani Harris-Walters and Vinicius Salles.

Catch this show either in-person at Stanley Arts or watch the live-stream online from the comfort of your home.

Happy Father’s Day is a reflective coming-of-age piece with a comedic edge. A heart-stirring journey that focuses on a vital relationship from an unexpected point of view. With the use of Hip Hop Dance, this engaging solo work navigates through a realm of anecdotal sketches with a fusion of movement, rap, animation and text.
This uniquely crafted work is the unconventional puberty lesson you wish you had during school.

Also In Watermelon Sugar is a cynical reaction to a naïve expectation for revolutionary change. As an interactive, physical theatre performance, the show is a collection of disruptive narratives – personal or political, fiction and reality, lost jokes and clichés, interconnected by the idea of challenging the norm. An artfully constructed 50-minute journey of signs, allusions and clues, the audience is invited to either be in or observe the space, within an electronic music club-like environment, to graffiti, to dance, and to listen to stories of people who contradict what society demands of them, breaking societal expectations. Showing up societal intolerance for what it is and, in the process, hoping to disrupt it.

Specially designed for young adults and the LGBTQ+ community that are looking to engage with dance and theatrical experiences in an unexpected way.

Dani Harris-Walters is a Dance Artist, performer, choreographer, teacher & DJ who immerses himself within realms of Hip Hop culture and theatre. An experienced figure in the industry, he loves to experiment, reform and restructure movement from many dance styles to create a unique and distinctive dance language.
Graduating from University of East London with a B.A Hounors degree in Dance: Urban Practice, Dani propelled into the hip-hop theatre world working with Tony Adigun’s Avant Garde Dance, touring nationally and internationally both ‘The Black Album’ and ‘Fagin’s Twist’ co-produced by The Place. touring the UK & China.
His first job came as a professional dancer in the London Olympic Games 2012 Opening Ceremony being a part of the ‘Second to the right, and straight on till morning’ cast, performing with NHS workers choreographed by Temujin Gil.

Within the theatre world he has also worked with many of the leading names in Hip Hop Theatre including the Olivier Award Winner Botis Seva | Far From The Norm, Ivan Blackstock, Just Us Dance Theatre’s ‘Born To Manifest’, and the infamous Boy Blue Entertainment in their production ‘Blak, Whyte, Grey’ touring the UK, America and Taiwan.

As a multidisciplinary Dance artist, Vinicius Salles is interested in exploring multiple media environments and technology to create work that relies on the experience of the viewer and which also creates a strong visual aesthetic,  echoing the contemporary world. His work examines the expressive meanings of the body immersed in questions of sexuality, immigration and identity.

Vinicius has graduated from the Performing Arts school Martins Pena, Brazil, studying filmmaking at the London Film Academy, and holds a Masters Degree in Documentary Film at London College of Communication. Over the last 30 years, he has performed with leading Brazilian and UK physical theatre and dance companies including the internationally acclaimed immersive experience company Punchdrunk. Throughout this time, Vinicius has continued to develop his own work. Currently, he is producing the tour of his new show for children, Tutu Trouble, funded by Arts Council England. 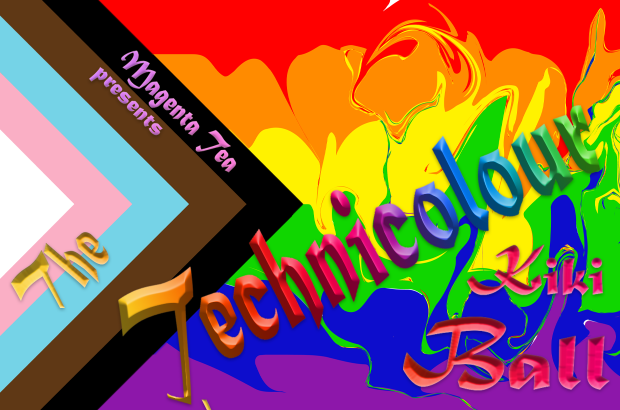